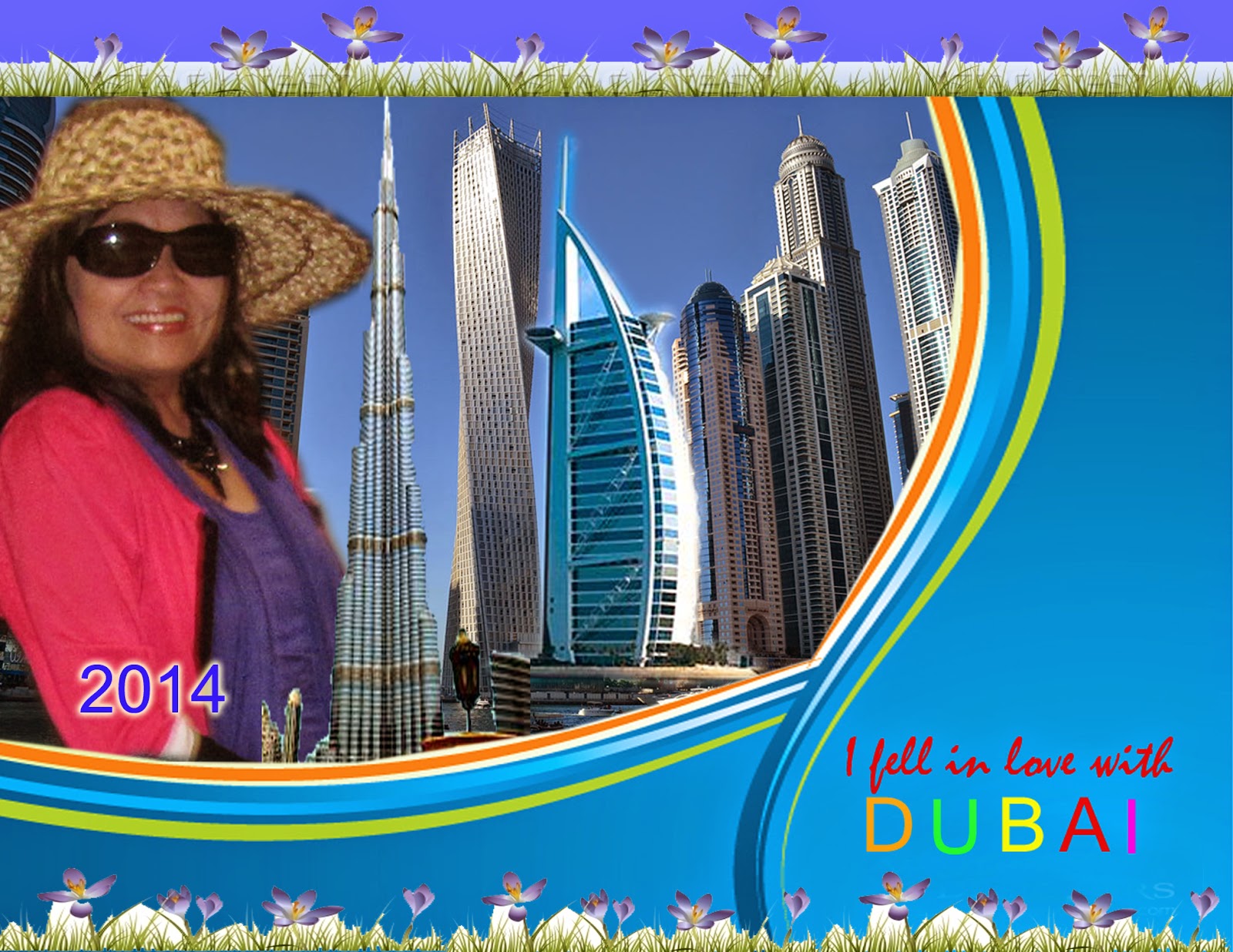 Our Dubai trip was God’s gift as counted in so many ways! First, we were one (1) of the only two (2) lucky recipients of a 3D-2N Dubai visit package, courtesy of Meteor Philippines, Inc., a Manila-based travel agency specializing in Mediterranean Tours. Secondly, Cebu Pacific, the Philippines’ renowned low-cost carrier, made available low fares for Dubai.  Still, among others, there are many Filipinos working in Dubai whom we can easily call for assistance.  One of whom is Celina “Linlin” Anora, daughter of our closest friends Efren & Cecil, who gave us last minute tips to finalize our itinerary!

Travelling on a motorized wheelchair could be taxing! However, I believe in the PWD saying that “If there’s a wheel, there’s a way!”.  My excitement to explore the Middle East surpassed whatever reservations I had in my mind! Mobility, after all, is just a state of the mind!

On August 13, my staff Rachel and I took a connecting flight from Tagbilaran-Manila-Dubai. The travel time took us about one (1) day including stop over, i.e., left Tagbilaran 11:30 AM and arrive Dubai 9:30 PM (1:30 AM Philippine time).

We were billeted at Howard Johnson Hotel, Bur, Dubai for three (3) nights and transferred to ABC Arabian Suites, Kuwait St. Mankhool Area Port Rashid, for another two (2) nights.  Excellent accommodation and services from its staff, mostly manned by Filipino “kabayans” who are the best “go to” folks ready to provide info when needed the most!

At 8:30 AM we were picked up by Jafar of North Tours, a major Dubai-based tour player, who brought us to Dubai Creek where a tour bus was scheduled to pick us up for a joint tour.   Taking an air conditioned coach, we scanned thru the scenic route of Dubai City’s amazing sky scrapers for photo stops at its must-see destination points including the majestic architecture of Burj Al Arab as well as the trunk, leaves and crescent of the famed Palm Islands, the Jumeirah Palms.

1.   Burj al-Arab Hotel:  The most photographed, 7-star hotel, rising 321 meters (the 3rd tallest hotel in the world) and voted as the most luxurious in the world (think of a chauffeur-driven Rolls Royce picking up its guests). "Very smart casual" is its official dress code.  Hotel rates ranges from a whooping USD 2K-USD20K/night!

It stands on an artificial island 280 m (920 ft) from Jumeirah beach and is connected to the mainland by a private curving bridge. The shape of the structure is designed to mimic the sail of a ship.
2.    Jumeirah Mosque, the only mosque open for non-Moslems to enter.
3.    The  Sheikhs Palace (w/ peacocks welcome).  Our city tour gave us the chance to take a glimpse   of the Sheikh Mohammed bin Rashid Al Maktoum’s Palace, the President of Dubai.  He is also the Vice President of the United Arab Emirates (UAE), and constitutional monarch of Dubai.  He is the third of Rashid bin Saeed Al Maktoum's four sons (Dubai's ruling Al Maktoum family).


Dubai museum.  The main museum in Dubai is located in the Al Fahidi Fort, built in 1787 and is the oldest existing building in Dubai. The museum was opened by the ruler of Dubai in 1971, with the aim of presenting the traditional way of life in the Emirate of Dubai. It includes local antiquities as well as artifacts from African and Asian countries that were traded in Dubai. It also includes several dioramas showing life in the emirate before the advent of oil in addition to artifacts from recent discoveries as old as 3000 B.C.


Gold Souk is a traditional market (or souk) in Dubai.  These are not just malls but historical icons which gave different meaning to the word “rich”.  In the Gold Souk, everyone has equal opportunity to gain a good buy of the jewelry variants on display.  The souk is located in the heart of Dubai's commercial business district of Deira. It consists of over 300 retailers that trade almost exclusively in jewelry.  By some estimates, approximately 10 tons of gold is present at any given time in the souk. Trade in the gold grew during the 1940s due to Dubai's free trade policies that encouraged entrepreneurs from India and Iran to set up stores in the souk.

7.    Palm Jumeirah - The Palm Islands are engineering wonders at its best!!  Work on this marvel started two decades ago and it has become one of the premiere icons of the modern world. It is a set of three islands; the Palm Jumeirah, the Palm Jebel Ali and the Palm Deira made in the shape of palm trees with the trunks connected to the main land and breakwaters encircling the fronds. The three islands among themselves house 300 luxury hotels and villas owned by the likes of David Beckham, Tiger Woods, Tom Cruise, Michael Schumacher and other world celebrities.

7.    Atlantis Hotel - A 5-star hotel resort located at the top of the Palm Jumeira (centermost of the crescent).  It was the first resort to be built on the island and is themed on the myth of Atlantis but includes distinct Arabian elements. The resort opened on September 24, 2008.

Our city tour ended at 2:30PM and we returned to our hotel to freshen up for the Desert Safari late in the afternoon

While in the Emirates, do as the Arabs do! Thus we ventured in so many first things to do that made our Dubai experiences more endearing.
At 5:00 PM, Jafar picked us up for our Desert Safari tour which started off with dune bashing on a private Land Cruiser.  We experienced roller coaster bashing on the high and beautiful golden sand dunes of Dubai Desert! The trip gave us breathtaking view of the endless desert fine sands to our heart’s delight!

An hour later, Jafar brought us to the Desert Camp where we experienced our first ever Camel Ride and Arabic dinner. Also, we got a chance for shisha smoking and were served with a 5-star open international menu BBQ dinner. We also experienced an ultimate session of Belly Dancing as performed by a beautiful and seductive belly dancer.

Friday is a prayer day for the Moslems. The Metro station was closed up to 1:30PM.  So after breakfast, Lyn2x showed up at our hotel and we decided to spend the morning at nearby places.  Taking a taxi we visited the old Dubai district of Deira, check the old souks and later proceed to the other side of Dubai Creek.  The old stalls and promenades were attendant of then busy commercial activities of the area. Other sects like Hindus also had their religious services when we visited the area.

By 11:30AM, we went back to the hotel as Mark & Caryl, both architects based in Abu Dhabi had to pick us up for lunch.  True enough, they picked us up past 1:00PM and took us to Souk Madinat, a posh commercial center in the Jumeirah area.  We had our lunch at a Chinese resto having the famous Burj Al Arab at the background.

After lunch, the couple and their friend Ted from Bacolod, took us to Gold Souk to bask on the fine gold jewelries displayed all over the place.  We cannot contain our amazement and marvel at the intricately designed jewelries displayed in several stalls lined up in the souk. For some fulfilling reasons, we bought a small piece of jewelry as a token of our visit to the souk.

By 5:00 PM we were dropped off to our Hotel, took a little rest and get ready to be picked up for the Dhow Dinner Cruise.

The Dhow Cruise (Deira Side)  The dinner cruise is a simple boat ride along the source of Dubai's birth place. This used to be the lifeline of the city, it being a major port where vessels from India and the Middle East used to trade. Some of the old buildings that served as custom houses and inns still exist.

An Arabic dinner was served aboard the cruise and by coincidence, the same dancer who performed at the Desert Camp the other night entertained the guests aboard.

1.  Mall of the Emirates  - We included this mall in our itinerary to witness for ourselves how winter is experienced in the Middle East.  In Ski Dubai, people here experienced Winter Wonderland while the temperature outside may be sizzling hot in this desert city!  The Ski Dome is maintained at sub-zero temperatures. Enjoy skiing here or if you aren't into that, try the cable rides or make a snowman among the adorable kids that flock it. Winter accessories and jackets (along with gloves and hats) are available for reasonable fees.

Burj Khalifa- Standing at a staggering 828 meters with 160 floors, the Burj Khalifa is now the world's tallest building, beating the Taipei by huge margin of 300 meters. It houses nine luxury hotels and has the observation deck on the 124th floor, the highest artificial view point in the world.  This building is where Tom Cruise shoot for one of his Mission Impossible movie series.
The famous Dubai Mall is at the ground floor where the world's largest choreographed fountain system can be best viewed.  Set on the 30-acre man-made Burj Khalifa Lake, it is designed by WET Design, the California-based company responsible for the fountains of Bellagio Hotel Lake in Las Vegas. Illuminated by 6,600 lights and 25 colored projectors, it is 275 m (902 ft) long and shoots water up to 500 ft (152.4 m) into the air accompanied by a range of classical to contemporary Arabic and world music. It was built at a cost of AED 800 million (USD 218 million). The show starts late in the afternoon and the show runs every 30 mins.

Dubai Waterfalls.  Cascading waterfalls as high as a 2-storey building!
The giant waterfalls showered refreshing mists to our faces as we get nearer to the falls!

August 17, 2014
After breakfast, we went directly to Burjujam Metro Station, taking the train (Green Line) for Oud Metha where St. Mary’s Catholic Church was located.  We arrived in time for the 9:00 AM mass.  After the service, we went back to the Metro Station and took another train ride to Deira City Mall for Pasalubong shopping.  Leaving our shopped items, we took again the metro rail to Ibn Batutta Mall, the world’s largest themed shopping mall in Dubai. Uniquely designed to celebrate the travels of the famous Arabic explorer Ibn Battuta, the exciting mix of over 275 retailers, 50 restaurants and food outlets, 21 cinema screens.

Dubai Marina:  The Strip  of Las Vegas and The Fisherman’s Whart of San Francisco, USA have found a competition at last!  Dubai Marina is one of its kind artificial canal city, practically carved out of the Persian Gulf shore along a 2 mile stretch with a housing capacity to accommodate more than 120,000 people in luxury residential towers and villas along the coastline. Some of the must see features of this phenomenal city are its mesmerizing skyline, the pristine beach, the two walk ways viz "The Walk" and "The Marina Walk", the small but lovely cafes, the myriad of shops lined along these walks and of course the hotels.
Dubai Marina was inspired by the Concord Pacific Place development along False Creek in Vancouver, BC, Canada. 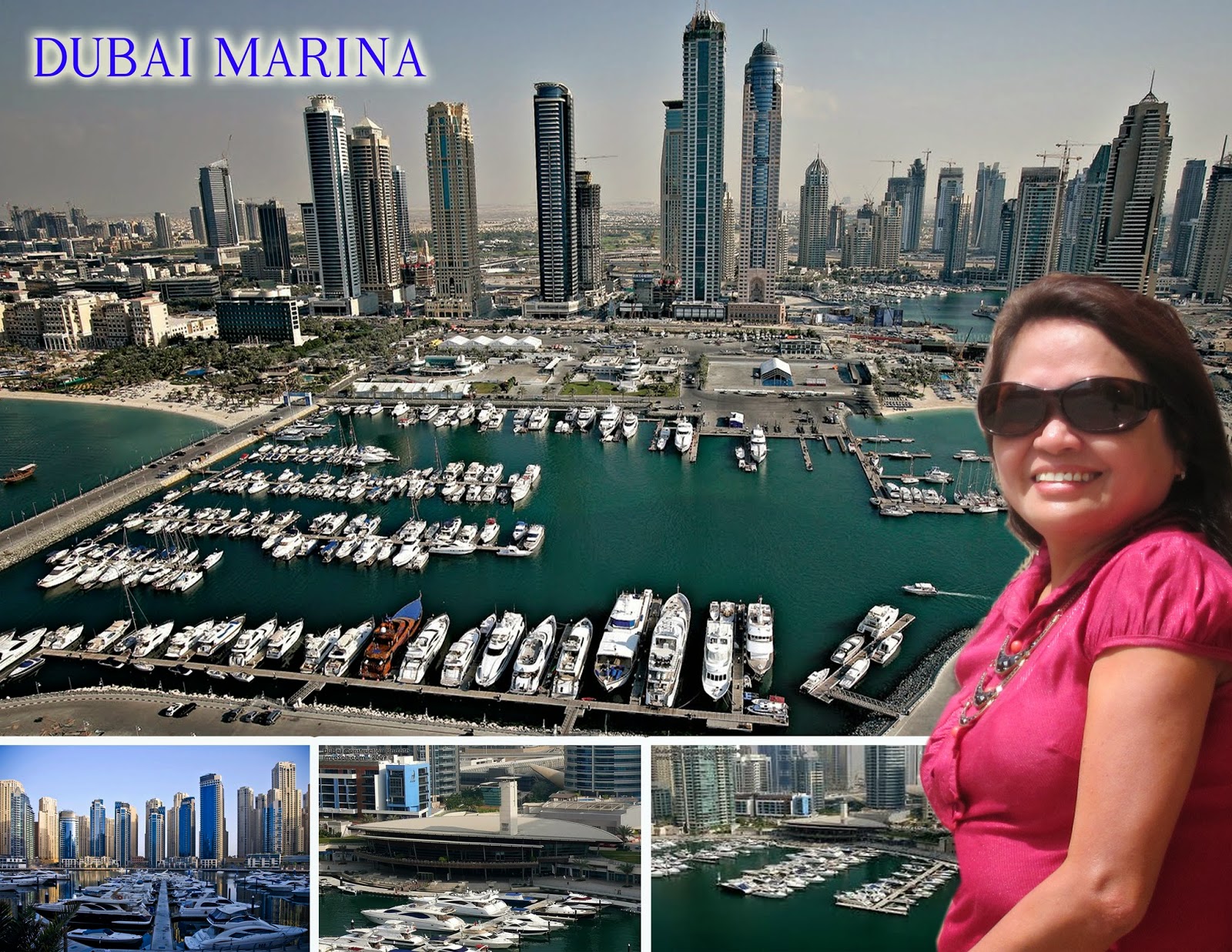 After checking-out from the hotel, Dideth of White Sands Tours, graciously brought us to Deira City Mall to do some last minute shopping before we were dropped off to Dubai International Airport.  We are so grateful of the personalized services of White Sands Tours and the way how they handled their guests.

Finally, I conquered Dubai! A very accessible city welcome to travelling PWDs.  I cannot say it was hassle-free but in sum, it was really convenient to get around the city! Therefore, I encourage PWDs like me to get out of your shell and see the other side of the fence! The grass outside might be greener!